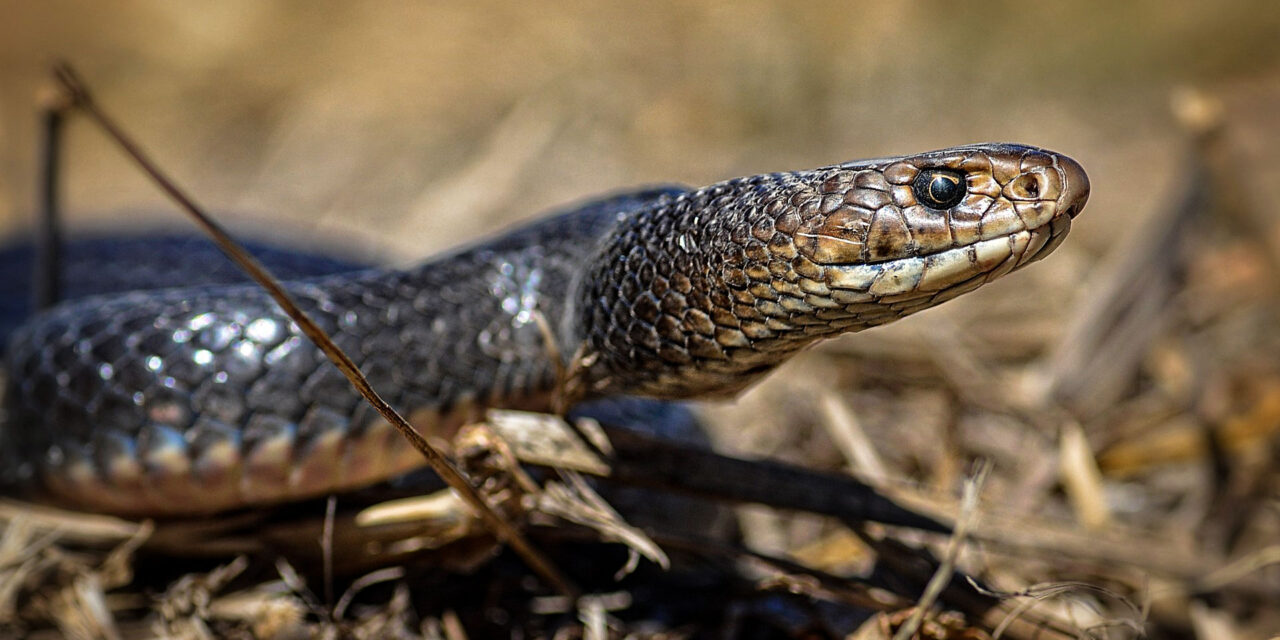 List of the Top Ten Most Dangerous Animals in Australia

Australia has a host of amazing animals which, although they may look cute, can be quite dangerous. From a venomous snake and deadly tiger to a spider with a strong acidic bite and a deadly box jellyfish, here are the top ten most dangerous animals in Australia:

The Box Jellyfish is found along the coastal waters of northern Australia, mainly in sheltered bays and estuaries, and is responsible for a large number of stings each year. The Box Jellyfish (Chironex Fleckeri) is a jellyfish belonging to the class Cubozoa, phylum Cnidaria, and is found in shallow coastal areas in the Northern Territory and Western Australia.

The name “box jellyfish” derives from the shape of its bell, which is found in the middle of the bell-shaped body, as well as the tough box-shape of the bell itself.

The Irukandji Jellyfish is a small jellyfish (nearly 20 mm in diameter) also known as the Carukia Barnesi. It is one of the highly venomous jellyfish in Australia. It is found in the northern coastlines of Australia, from the Coral Sea to the Northern Territory.

Irukandji belonging to the class Cubozoa, phylum Cnidaria and it is also a type of “box jellyfish”.

Carukia Barnesi has been known to cause severe injury to swimmers, even when they are not stung. It is a marine animal that is found in the waters off the coast of Australia. It is responsible for some of the worst Irukandji stings in the world and has some of the most painful symptoms.

Bull Shark is a more dangerous to human. This Bull Shark is often referred to as the Carcharhinus leucas. It is also known as Zambezi shark in Africa.

If you’re up close and personal with a Bull Shark, you’re in for a treat. Their eyesight is incredible, and they have a special organ just behind their eyes that aid them in locating and tracking their prey from an amazing distance.

For a very long time, a Bull Shark has been known to the locals in Australia. It averages 2.25 m (7.4 feet) in length and female an adult Bull Shark is a little larger than a male shark. But Zambezi shark is a very dangerous creature.

It is a very good swimmer and is only found in the waters off of Brisbane, Queensland, Carbook, Logan City in Australia. As a result, these sharks are often encountered by people.

If you haven’t already, you are in for a treat. Here, finally, is a snake that looks like it should be on the cover of a horror novel. Its adult body is long 6.6 feet and slender, and its head is a dagger. Its eyes glow black, and its body is decorated with a series of brown stripes and blotches. It is able to squeeze into tight places and won’t be able to strike you in the face, but it will still give you a good scare.

Eastern Brown belongs to the class Reptilia, phylum Chordata, and the Binomial name is “Pseudonaja textilis”.

The eastern brown snake is one of the most dangerous and high venomous snakes in Australia. It is responsible for about 60% of all snakebite deaths. It has been classified as a venomous species and is highly venomous. The name ‘eastern brown’ comes from the fact that it is found in eastern Australia.

Saltwater crocodiles are one of the largest species of Crocodylus porosus in the world. They can be 21 feet in length and weigh up to 1,300 kg. The adult females are plenty of smaller than the adult males.

They are found in saltwater environments around the world, but are most common in the entire Northern, Western Territory of Australia and Queensland. Specifically in the rivers and estuaries of the Daly Rivers, Adelaide, and Mary rivers.

In the world of dangerous Australian animals, the saltwater crocodile, also known as Estuarine Crocodile is a step above the rest. This animal can kill you in a heartbeat with its powerful jaws, and once it gets a hold of you, you’ll never get away.

If you’re a visitor to Australia or someone who has lived there for a while then you probably have seen a kangaroo, wallaby, koala, wombat, or platypus (although there are many more). They are all very interesting and unique animals that we should all be able to enjoy, even if they do occasionally do things that can be a little dangerous!

Australia is a land of plenty, and with that comes plenty of dangerous animals. These animals can cause serious injury, and some have even killed people. These were our list of the top 5 most dangerous animals in Australia.

If you’ve ever seen a Sydney Funnel Web Spider, you probably know they’re among the most dangerous spiders in the world. They’re the size of a bagel and can deliver a painful bite. But are they really as scary as everyone says they are?

The Australian Funnel Web Spider (Atrax Robustus) is a venomous spider found in many parts of the continent of Australia and is the only native spider in the eastern of the country.

Read about some Deadliest jobs

The blue-ringed octopus is a relatively small Octopus species of Hapalochlaena Lunulata; the largest known specimen measures around 20 cm in length. It exhibits a wider variety of color patterns than other Octopus species, and the blue ring around its eyes may change in appearance with the animals’ mood.

The blue-ringed octopus is a relatively small (around 12 cm) Octopus species of Hapalochlaena Lunulata; the largest known specimen measures around 20 cm in length. It exhibits a wider variety of color patterns than other Octopus species, and the blue ring around its eyes may change in appearance with the animals’ mood.

Although it is fatal to humans, it is one of the most venomous marine creatures that exist. Its name, which comes from its distinctive blue ring around its eyes, relates to the fact that it is native to the waters around Australia, coral reefs in the Pacific Ocean, and the Indian Ocean.

The common death adder, Acanthophis antarcticus is a venomous snake native to coastal southern and eastern Australia. The snake has distinctive red, brown, gray, black, and pink colors bands, and is usually between 2.3 feet to 3.3 feet in length.

The common death adder is one of the most venomous snakes found worldwide. This is the only species in the Acanthophis antarcticus.

While the Great Barrier Reef is one of the natural wonders of the world, it is not without its problems. Cone shells, a type of cone-shaped snail, are an invasive species that have been found to be particularly harmful to the Great Barrier Reef. Research has shown that they can cause damage to coral reefs by damaging the coral’s tissue, which can lead to coral bleaching and disease.

The Textile Cone snail, also known as the cone shells, is a species of cone snail in the family Conidae. It is one of the extremely venomous sea snails.

There are a large number of species of native animals in Australia, but many of these are found in such low numbers that they are rarely seen, and certainly not regularly. Among them, we have mentioned the top 10 dangerous Australian animals.

But the list didn’t end. We are going to add more top 20 most dangerous animals in Australia. Those are also the deadliest animal, and able to kill humans.

What is the number 1 most dangerous animal in Australia?

When it comes to Australia’s top dangerous animals, the one most likely to kill you is, of course, the Box Jellyfish.

Which animal causes the most deaths in Australia?

Australia is home to a lot of dangerous animals. Many of them, like the perentie and the dingo, have been given nicknames that make them sound cute, but deadly. Australia is also home to a number of animals that are not deadly but are still dangerous. Horse and cow are two of them.
From 2001 to 2017, 541 human deaths are related to animals in Australia, according to the National Coronial Information System (NCIS). Nearly 31.8% of animal-related human deaths are caused by horses.

What is the number 1 deadliest animal?

The nightmare scenario for any Aussie is that a venomous snake, or any other animal, should come into their yard. The fact that snakes and other animals can be killed in a number of ways is widely known. As is the fact that these creatures are capable of causing horrific injuries. We also know that there are many animals that are poisonous or venomous, and some of them are more deadly than others.

What can kill you in Australia?

Every year, Australian authorities receive numerous complaints about dozens of sharks being spotted in the water, or humans being injured by them. Usually, these encounters are the ones that are reported in the media, as they involve big sharks, with powerful jaws. However, there are many smaller sharks that pose a threat, such as Bull Sharks.
In Australia, the deadliest animals are found in the water. The top most deadliest animals in Australia include: Crocodiles, Sharks, Stingrays, Snakes, Spiders, and Jellyfish. Those animals can kill you in Australia.

Why is Australia so dangerous?

Is it dangerous living in Australia?

For many people, Australia is an ideal place to live. It is full of amazing sights and sounds; its climate is temperate. Its isolation means that it is far removed from the conflicts that plague many other countries, and it is relatively safe. However, as anyone who has visited Australia knows, it is a vast and unforgiving place, and occasionally, it can be a little dangerous. 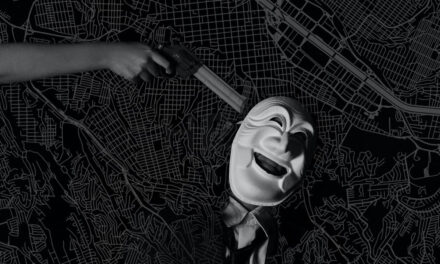 The Top 10 Most Dangerous Cities in the World: Deadliest and Most Violent 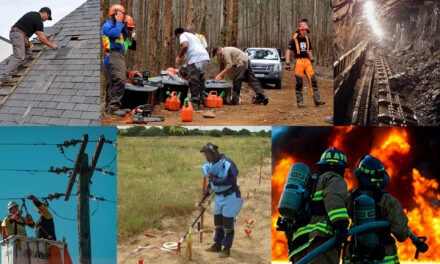 The Top 10 Most Dangerous Jobs in the World 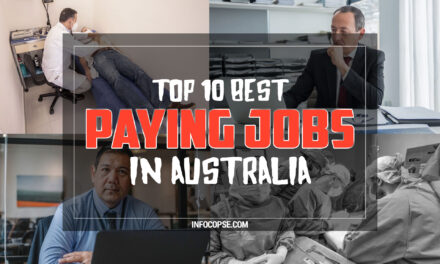 What are the Top 10 Best Paying Jobs in Australia?