Top 10 Most Intelligent Dogs in the World 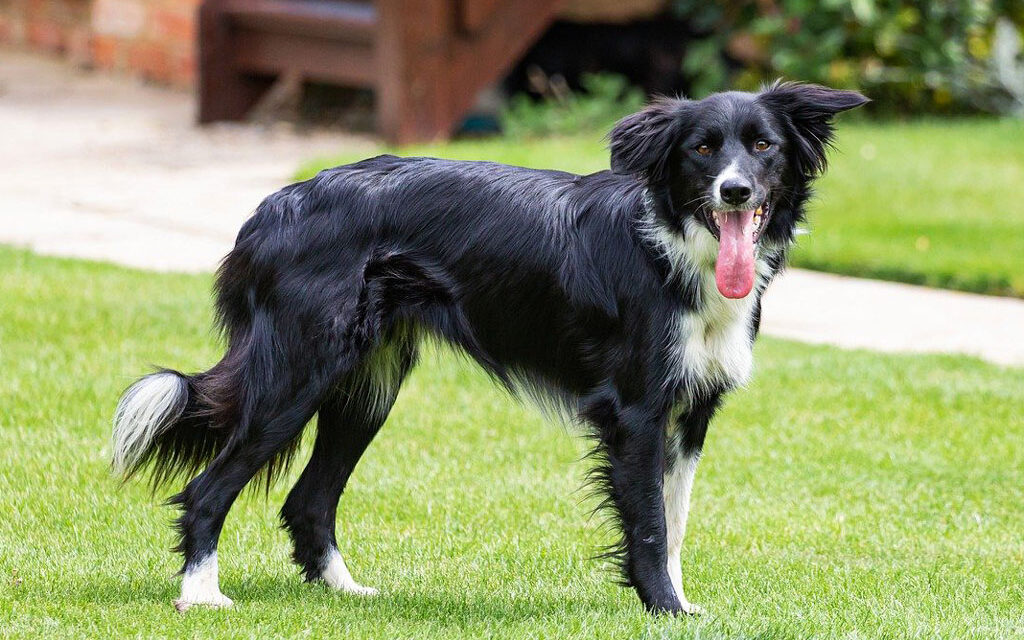 It’s a known fact that dogs are one of the most intelligent animals in the pet kingdom. They are considered as human’s best friends. They are loyal, friendly, fun-loving, and playful. Dogs are intelligent animals that are not only good pets, but they can also be used in various tasks that involve scent detection, search and rescue, and also as guide dogs for the blind.

Humans are fairly intelligent compared to other animals, but can small dogs like Pomeranians be as smart as larger breeds like German Shepherds and Border Collies? The answer is, yes, but only to a point. The most intelligent dogs in the world are listed below based on their intelligence level.

A dog’s intelligence is easily tested by the simple act of a child throwing a stick for it to chase. How many times do you see dogs chase cars? Or chase a ball? Or run after a pigeon? Chasing is a test of the dog’s ability to learn to follow an object. Dogs that don’t learn this basic skill are usually quickly eliminated from the breeding process. They won’t be making it into the show ring any time soon. Any dog that is allowed to survive long enough to reproduce is intelligent enough to understand the meaning of a voice command.

What are the Top 10 Most Intelligent Dog Breeds in the World?

Border Collies are known for their high intelligence, so you might be surprised to hear that they’re actually really easy to train. They’re also great with children and other animals. Because of their intelligence, they tend to pick up on body language and can be very alert. They’re also very social, so they love the company of other dogs and people.

Poodles are some of the most beloved dogs on the planet, and also one of the most misunderstood. Sure, they’re adorable, fluffy, and as loyal as they come, but do they really deserve all the hype? It turns out that Poodles aren’t as monolithic as their reputation would suggest.

Also known as a Pudel in German, Poodles can be broken down into four distinct breeds: Standard Poodle, Medium Poodle, Miniature Poodle, and Toy Poodle. The Standard Poodle also called the French Poodle or Caniche is by far the most common breed of Poodle in the United States.

The Poodles are very popular as a highly intelligent breed. This breed is outgoing, energetic, sociable, and easy-going, which makes him perfect for people.

The German Shepherd dog may be one of the most popular dog breeds in the world, and it is also one of the most intelligent dog breeds. The German shepherd is a large, obedient dog, that was bred to herd livestock, and maintain order in military ranks.

The breed’s historic use as a police dog, search and rescue dog. They are very loving and loyal towards their owners. German Shepherds are one of the most popular dog breeds in America.

Like most dogs, Golden Retrievers are social and incredibly friendly due to their calm nature and excellent sense of smell. They are usually considered slightly more intelligent than some other breeds of dog, and can be trained to work in the police force, military, and the search and rescue team.

Dobermans are beautiful dogs, with short coats and gentle, loving temperaments. The Dobermann is a very intelligent dog who is able to easily learn tricks and is known for its loyalty and devotion to its owners.

They are also tenacious, tough, with strong hunting instincts. With all of those traits, Dobermans are very popular among hunters. They make great guard dogs, and they are also popular as therapy dogs, war dogs, police dogs, and defense dogs. The Doberman Pinscher is a very popular breed, and for good reason!

The Shetland Sheepdog is widely regarded as the most intelligent dog breed in the world. Although they’re not the only dog breed considered “gifted”, they are certainly the most popular. They’re also one of the most active, clever, excitable, and willing to please.

The Sheltie was first recognized by The Kennel Club United Kingdom in 1909. This intelligence dog was used to help guard people and property. Today the Shetland is still a popular breed and is also used by several police forces around the world.

Labrador Retrivers are affectionate dogs. They adore their owners and will do anything for them (including taking a bullet for the person). They are generally good-natured and quiet dogs. They are protective of their family and of their territory.

This Labrador Retriever was developed from Canadian fishing dogs. The American Kennel Club (AKC) recognized this breed in 1917.

It shares many characteristics with other retrievers, including a strong nose, and the ability to jump in the air and easily retrieve objects. Today, the Labrador Retriever is used as a general hunting dog, as a service dog for the visually impaired, and as a guide dog for the blind.

The Papillon breed of dog is a lively and intelligent breed. This is a breed that is known for having a very attached personality to humans and for being a friendly, adventurous dog. These dogs are also known as Continental Toy Spaniel.

The life span of this Butterfly dog breed is an average of 11.45 years. But with better care, it can stay up to 17 years in the world.

Rottweilers are one of the medium-to-large and most intelligent dogs in the world. They are often used as guard dogs, assistance dogs, and police dogs. Their size and intimidating looks make them intimidating, and they are highly protective of their owners, and it is said that they are more likely to attack a stranger.

It is also called Rottie, who are known for their good nature, obedience, and eagerness to work. They are also known for their extreme aggression toward other animals and people and are usually very aggressive towards other dogs, as well. The Rottie is the 8th most popular purebred dog in the United States.

What are the top three most intelligent dogs in the world?

Which dog has the highest IQ?

The dogs that are known to have the highest IQ are the Border Collie and Golden Retriever.

Which dog is most powerful?

Why do dogs lick you?

Dogs lick humans to show affection, to bond with the owner, to show trust, or to show gratitude.

Which dog is best for home?

It’s best to get a dog that matches your lifestyle. Dogs that are best for home environments will be comfortable being in the home rather than outside.
A dog that is highly energetic, robust, loves to play, and medium-sized dog breeds are perfect for homes.
There are many dogs that can be suited for the home. Some of the popular ones are Labrador Retriever, Bulldog, Golden Retriever, Cavalier King Charles, and Bichon Frise.

What is the most intelligent organism on earth?

In conclusion, we can surely say that intelligence is a good indicator of a dog’s way of life. Despite this, it is important to remember that all dogs are individuals, and they can equally be nice, good-natured, and playful. These are the best qualities of each dog breed, which is why dogs are so loved. I hope you have enjoyed this list of the top 10 most intelligent dogs in the world. Next, check out this list of cat breeds in the US.