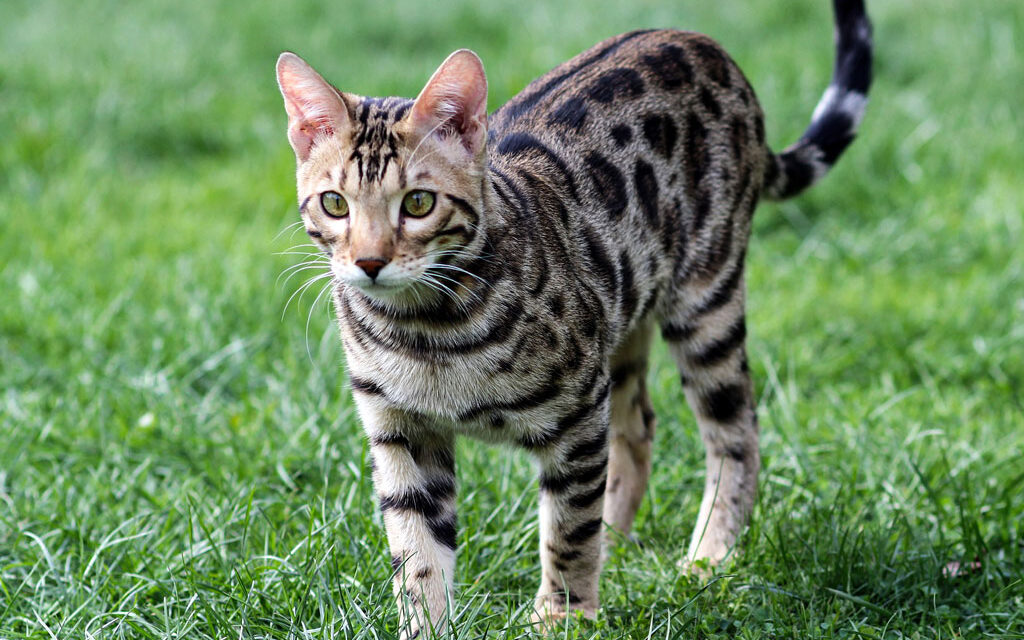 The cat is one of the most popular pets in the world. It is believed that cats have been domesticated since prehistoric times. Cats are found in almost every part of the world. With their long, slender bodies and small, rounded heads, cats are slender and graceful.

They first appeared in the archaeological record in Egypt, about 3,100 BC, and in ancient Egypt, cats were mummified and placed in tombs.

Cat lovers are often hard to please, but they have plenty of options, even when it comes to their four-legged companions. Domestic shorthairs, Maine coons, pumas, and Persians—these breeds might seem exclusive, but you can buy almost any of them from a shelter or rescue group.

List of the Top 10 Cat Breeds in the United States

The Exotic Shorthair cat breed is part of the category of Persian cats that originated from the cat breeds of the United States. These cats can be identified by their short coarse hair. They are known for their distinctive sweet flat nose and face, large and round eyes.

As they have a short dense coat, they do not shed their coats, even when the weather changes. This coat is not only attractive but also helps to protect the Exotic Shorthair cat from the cold and heat. Exotic Shorthair breed of cat is recognized by TICA, CFA, and FIFe.

The medium-sized, Exotic Shorthairs female cats are smaller than male cats. Its weight can be 3.5 kg to 6 kg. Exotic Shorthairs breeds come up in a difference of colors and patterns. Auch as white, black, red, brown, etc. colors’ cat, and shaded, smoke, tricolor, etc. patterns’ cat. This is one of the top 10 cat breeds in the US that lives 8 to 11 years.

The American Bobtail is a very sturdy, uncommon breed that was developed in the USA by American breeders. It was first recognized by The International Cat Association in 1989. It is a relatively rare cat breed.

American Bobtail is also a naturally occurring breed, which means that the breeders who developed the breed did not intentionally create the cat breed. This breed is developed by cross-breeding between a wild bobcat and a domestic tabby cat.

Easygoing, medium-sized Bobtail cat can be both with longhair and shorthair. The weight of an adult female cat is between 7 to 11 pounds, and an adult male cat can be 12 to 16 pounds weight. The American Bobtail breed comes in various colors and patterns, like white, black, red, chocolate, etc. This is one of the top 10 top cat breeds which live 11 to more than 15 years with appropriate care.

The Maine Coon breed of cat is the largest of the domestic cat breeds and is known for its large size. This is the oldest natural breed, developed over time by selective breeding of the American cats, native to the North America. Despite their size and looks, they’re a fairly expensive breed of cat, dating back to the 19th century.

When you think of Siamese cats, the first thing that pops into your head is probably not a normal cat. These modern-style cats are known for their extreme-feature, distinctive “blue almond-shaped” eyes, large ears, and the triangular shape of the head. The Siamese breed of cat is more independent and high-spirited than most and can be intelligent and affectionate temperament.

The word “Siamese” is derived from the name of Siam back in the 19th century. Siamese cats were originally bred as companions to royalty in Thailand and were kept in a royal court as well. The original Siamese breed is one of the most popular breeds in North America and Europe.

The Bengal cat is a domestic feline that’s best known for its wild-like appearance. The Bengal cat is a 4-generation cross between the Asian leopard cat and different breeds of domestic cats, mainly the spotted Egyptian Mau. It’s a cat that’s recognized by The International Cat Association and The American Cat Fanciers’ Association.

Bengal breed is a cat native to Asia, which is the most common cat breed in the world. But it developed in the United States. This is because it is highly adaptable to local climates and is, therefore, able to live in most places on the planet. This makes it a popular breed for cat lovers because it is so versatile, and it is also easy to have in the home, as it requires much less grooming than other cat breeds.

The American Shorthair is the breed of a domesticated cat. In 2012, this breed was the 7th most popular pedigreed cat in America according to the Cat Fanciers’ Association.

The Minuet was formerly known as the Napoleon. The International Cat Association (TICA) board of directors decided to change the name of the Napoleon to the Minuet in January 2015.

Minuet is a hybrid mix of cat breeds. An American Kennel Club (AKC) judge, Joseph B. Smith has created this mix of Persian and Munchkin cat breeds. Which was featured on 12 June 1995.

Playful, curious-tempered breed, medium-sized with short legs Minuet breed of cat lives longer than 15 years with the correct care. The weight of an adult male and female Minuet can be average 7 to 8 pounds. This one of the top 10 most popular cat breeds in the US can be obtained in both the longhair and shorthair varieties.

American Curls are a type of curly cat that originated in the United States. The American Curl coat comes in a variety of colors and patterns. It is well known for its distinctively unusual-shaped ears. The first American Curls come in Lakewood, California in June 1981.

The American Wirehair breed of cat is a domestic cat, originated in New York. Though it is a relatively new breed, the American Wirehair has found a home in homes across the nation as it grows in popularity. According to Cat Fanciers’ Association, it is one of the rarest cat breeds.

American Wirehair breed of cat is a medium-sized feline with a springy, wiry coat, and a calm, easygoing, friendly temperament. The male Wirehair cats are larger than female cats. The most common color of American Wirehair is tabby or tabby with white.

Frequently Asked Questions About the Most Popular Cat Breeds

How many breeds of cats are there worldwide?

How many recognized cat breeds are there?

Are there 51 cat breeds?

No, there are more than 100 different cat breeds in the world, but only 48 are recognized by the FIFe.

What is the rarest cat breed?

The Sokoke is one of the rarest cat breeds in the world. In 2001, only two female cats were caught for breeding from the forest.

What is the newest cat breed?

The newest cat breed is the Selkirk Rex, a cat that has a curly coat that looks like it has a mohawk.

Which is not a breed of cat?

Domestic long-haired and short-haired cats are not a breed of cats.

The Toyger breed of cat looks like a tiger.

The Bengal breed of cat looks like a leopard.

In conclusion, any cat lover can attest to the fact that the best cat breed is the one that is the cutest. In my opinion, that is the Exotic Shorthair, Maine Coon, Siamese, and Bengal. They are beautiful, and a Siamese, Bengal is a great pet for a cat lover with a busy lifestyle.

However, the best cat breed is a subjective topic. There is a lot of variety available for cat people in the United States. While some people may think that the American people exclusively own Siamese cats, it is much more diverse than that. Also, while some people may think that all the breeds that are native to America are exclusively American, that is not the case either. Some people may like larger cats while others prefer smaller ones. A single cat can be a great pet for some, while it’s a challenge for others. Next, check out the list of intelligent dog breeds. 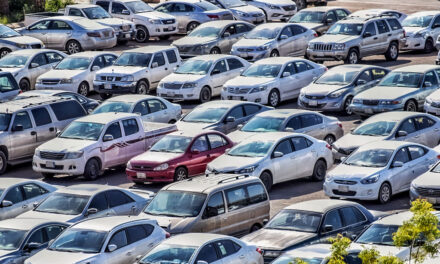 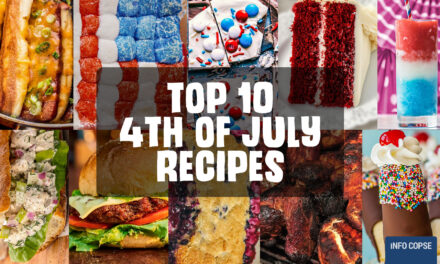 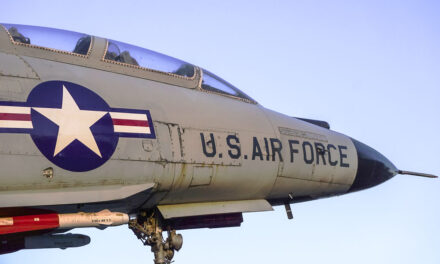 What are the Top 10 Air Force Jobs in the US? 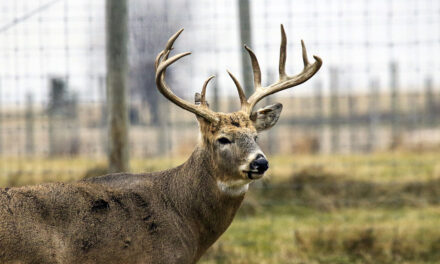