The capital of Scotland has an extensive selection of hotels that cater to all types of travelers. From the luxurious to the budget, you will find something that you like, within the city. The list of the top 10 best hotels in Edinburgh City Centre Scotland has been compiled based on the views of the visitors who have visited the city.

The hotel was opened in 1969, but in 1852 it was built as a private home that was designed by Alexander Black.

The Dunstane House’s sumptuous bedrooms, elegant restaurant, and superb facilities make it a great place to stay in Edinburgh.

2. The Witchery by the Castle – A Five Stars Hotel

Old World charm and legendary hospitality are yours when you step into Scotland’s most haunted five-star boutique hotel, The Witchery by the Castle. It has only nine adults-only indulgent suites.

The castle hotel is set in a striking royal fortress and is a stone’s throw from Edinburgh Castle, the Royal Mile, and train station, where you’ll find many of the city’s most popular tourist attractions.

Each of the luxury suites has been individually styled to create a unique and memorable experience for guests.

A modern hotel in the heart of Edinburgh’s historic old town, this property is within walking distance of the world-famous attractions Royal Mile and Edinburgh Castle.

Radisson Collection Hotel, the boutique hotel sits on Edinburgh’s Royal Mile. This historic street is pedestrianized and lined with cute shops where you’ll find Scottish souvenirs and gourmet foods. You’ll be just a five-minute walk from Edinburgh Castle and an 11-minute walk from Edinburgh Waverley train station. The hotel has a 24/7 business center and free WiFi. Other perks include a restaurant Cucina.

Waldorf Astoria Edinburgh – The Caledonian is a luxury hotel in Edinburgh. This luxury hotel blends the finest traditions of the old world with the newest, most modern amenities. The five-star hotel was opened in December 1903 at the west end of Princes Street.

The hotel enjoys a prime location in the business, entertainment, and shopping districts of Edinburgh, and is close to Edinburgh Castle and the Royal Mile. It is only 12 minutes walking distance from Haymarket train station.

Ideally located in the city’s heart of Edinburgh, Scotland, Cheval The Edinburgh Grand provides a sumptuous atmosphere of opulence and elegance in which to unwind and immerse yourself in your surroundings.

A luxury boutique apartment offers the kind of service and facilities that guests at five-star hotels in Edinburgh have come to expect.

The Balmoral Hotel is a luxury hotel and former North British Hotel in Edinburgh, Scotland. It is located in the area of the New Town, at the east end of Princes Street. The Balmoral is an elegant 5-star hotel in the heart of Edinburgh with views over Princes Street Gardens to Edinburgh Castle. A 4 minutes’ walk from the Scott Monument.

One of the world’s most famous hotels, The Balmoral is renowned for its classic decor and understated luxury. The hotel has a car park and provides free Wi-Fi.

Eden Locke is a luxurious four-star apartment hotel located in the heart of Edinburgh, George Street. It is near the St Andrew Square Tram. The hotel is within easy walking distance of the city’s main attractions like Dean Village, Edinburgh St James, Edinburgh Waverley, and Edinburgh Castle.

Eden Locke is a contemporary design hotel in the City of Edinburgh. Ideal for business travellers, families, and couples seeking a modern city base. Eden Locke offers a unique boutique hotel experience, with a design aesthetic that is both contemporary and relaxed.

Market Street Hotel is in the heart of Edinburgh Old Town district in the New Town. Within easy walking distance of Mary King’s Close, Edinburgh Castle, The Royal Mile, famous areas of Scotland.

The hotel is ideal for both leisure and business travellers. With plenty of public transport options, you can travel throughout the city with ease.

A contemporary hotel with a sense of place and a flair for the Bohemian, the Kimpton Charlotte Square Hotel is a Georgian landmark building in the New Town district. The hotel’s 199 rooms and suites provide a sleek and contemporary setting, featuring high ceilings, smart technology, and a plush custom bed.

Kimpton hotel is on a quiet, tree-lined street in the town. A short 11-minute walking distance from Scottish National Gallery and below 1 mile from Edinburgh Castle.

The InterContinental Edinburgh the George is an IHG hotel located in Edinburgh’s historic New Town within easy reach of the city’s top attractions. Its central location puts the local shops, sights, and nightlife on your doorstep. The George at George Street is a stylish center for modern business or leisure travel.

Where should I move in Edinburgh?

In Edinburgh, there is a wide variety of areas to consider when deciding where to move. Some areas have a high density of food and restaurants or a high number of shopping centers. There are some of the best places to move to in Edinburgh: Stockbridge, Leith, Bruntsfield, Marchmont, Morningside.

Where do celebrities stay in Edinburgh?

What part of Edinburgh is best to stay?

I would suggest you to stay in New Town, Old Town, or Leith. The West End is also the best part of Edinburgh to stay. It has lots of nearby shops, restaurants, etc.

What are the bad areas of Edinburgh?

In Edinburgh, you should avoid looking at the Pentland Hills from the viewpoint of the top of the mountain. Holyrood Park, Calton Hill, The Meadows areas of Edinburgh are dangerous at night, so it is best to avoid them at night. But a trip to those areas can be a lot of fun if you know where to go.

What is the poshest part of Edinburgh?

The most posh part of Edinburgh is in the New Town in the west of the city and is in the vicinity of Charlotte Square. It is designated a UNESCO World Heritage Site.
Calton Hill is also one of the poshest parts of Edinburgh. The hill is in central Edinburgh, Scotland. It is located far off the east end of Princes Street.

What is the Centre of Edinburgh called?

The Centre of Edinburgh is called the Old Town. It is the section of Scotland’s capital city that is bounded by the Royal Mile to the east. The Grassmarket is around 7 minutes distance from the Old Town to the west.

In summary, The Old Town of Edinburgh is an apt spot for the hotel to flourish. It has an amazing landscape with cobbled streets, and many interesting attractions. This city is truly an ideal place for you to visit and experience the beauty of Scotland. Finally, some of the hotels are surrounded by plenty of great restaurants, which makes it the best choice for travelers who want to visit the beauty of Edinburgh. 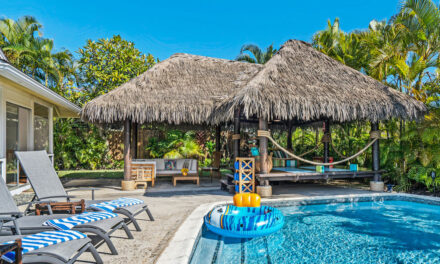