To help you get the most out of your Steam library, we have put together this list of the most played games on Steam. These games are ones that are frequently played by a large part of the community, though not necessarily by everyone. We only included games that are both available on the platform and have a large player base.

How many games are on steam in total? As of this writing, there are roughly 53,736 games on Steam. While the number varies significantly from week to week, there are always more titles available than have been played by the masses. After all, anyone who claims to have played every Steam game has either never opened the store or is lying. In this post, we’ll list the Top 20 most played games on Steam.

List of Top Ten Most Played Games on Steam

Counter-Strike: Global Offensive (CS: GO) expands upon the team-based action gameplay that it pioneered when it was launched 9 years ago in August 2012 for Windows, macOS, Xbox 360, and PlayStation 3, and in 2014 for Linux.

Global Offensive is the 4th game in the Counter-Strike series, developed by Valve and Hidden Path Entertainment.

Since its first launch, around 11 million players have played per month and it is one of the most played games on Valve’s Steam platform.

The ultimate goal in the game of Dota 2 is to destroy the opposing team’s ancient. Dota 2 has been played competitively online since the beta and there are currently many professional gamers and teams based around the world.

I have been a huge fan of Valve’s “Dota 2” and the strategy game’s community since its release at Gamescom in 2011. Officially released on Steam for Microsoft Windows on July 9, 2013, and for OS X, Linux-based operating systems on July 18, 2013.

PlayerUnknown’s Battlegrounds (PUBG) is a popular PC shooter game, the much-anticipated new addition to PC gaming, which has already received significant attention and favorable reviews across the web.

PUBG game was developed and published by PUBG Corporation, a subsidiary of publisher Bluehole in December 2017. Under Greene’s creative direction, this game was created by inspiration from the film Battle Royale. It is available for Microsoft Windows, PlayStation 4, and Xbox One.

PUBG has been a tremendous success, breaking records and selling more than 30 million copies. With its release on mobile, it’s about to break all the same records.

As of March 2021, PUBG Mobile accumulating 1 billion downloads and they earned over $4.3 billion from the mobile devices as of December 2020.

Apex Legends is a first-person shooter game that’s available on PC, Xbox One and PS4. This game is published by Electronic Arts and developed by the game developer Respawn Entertainment.

Launched in February 2019, it’s an official title of the popular battle royale genre that became popular among gamers since the release, and is one of the games of the Titanfall series.

Team Fortress 2 is a class-based multiplayer first-person shooter video game developed by Valve Corporation. The game was released on October the 10th, 2007 for Microsoft Windows and Xbox 360. In December 2007, PlayStation 3 version released. After some development works, a standalone version released for Windows in April 2008.

Many of the game’s weapons and items are oriented towards the game’s unusual class system, which is designed to give different classes different strengths and weaknesses.

The latest update to Team Fortress 2 is out and it’s filled with tons of new goodies. Among the additions are a ton of new weapons, maps, and, of course, hats. The big news, however, is that the update brings with it a new game mode: Mann vs. Machine.

In our research, there was the list top 5 most played games on Steam above.

Rust is a game that was created by the duo of Facepunch Studios and Double Eleven and is available to play on Steam. As in early access, the title was released on Steam for free in December 2013, and the full version was released in February 2018.

Rust is a survival multiplayer, first-person shooter game that pits an anonymous group of players against a hostile environment, where they scavenge for resources and craft weapons to defend themselves.

You’re not alone, and you can choose to play with other players, but to survive in the world, you need to be crafty. It has a simple premise, but compelling gameplay that keeps players coming back again and again.

The ARK: Survival Evolved game is a survival game developed by Studio Wildcard, the studio behind the popular ARK: Survival Evolved game. This game is an open-world sandbox game where players must survive on an island by gathering resources, fending off the surrounding creatures, and building shelters to survive. It is one of the most popular games on Steam with more than 8 million players.

As of August 2016, The ARK: Survival Evolved sold over 5.5 million copies for both Windows and Xbox One.

This game was directed by Jesse Rapczak and Jeremy Stieglitz in 2015. They started the development of this game in October 2014, and as early access, it was first released in the middle of 2015.

Destiny 2 is the sequel to Destiny, Bungie’s first-person shooter MMO (massively multiplayer online game) action-RPG created by the same developers that brought us Halo. The story begins in the aftermath of the events of the original game. The Awoken, a race of robotic aliens, have come to Earth to defend it from the Guardians, a race of human heroes that had ascended to god-like status in the game’s first game.

For those gamers that have yet to venture into the world of Destiny 2, we have a quick rundown of what to expect. Destiny 2 does not have a single-player campaign but instead focuses on the game’s multiplayer mode. There are also some other notable changes.

Rainbow Six Siege isn’t a game that makes you jump out of your seat with excitement. Once you start playing, however, your initial reservations are quickly blown away by the experience it delivers. The game offers an intense single-player campaign, a diverse selection of multiplayer modes, and a host of interesting features.

Football Manager is a hugely popular PC video game series that has been running since the early 2000s. While the series is famous for the tactical depth of its gameplay, the football management simulation has also showcased some interesting innovations, too.

Football Manager 2021 has become a worldwide phenomenon, with millions of fans playing the series each year. This game was developed by Sports Interactive and published by Sega.

In the latest Football Manager game, the developers finally added the ability to create and manage your own club. The game is probably the most popular PC game ever, and it’s been ported to almost every platform you can think of, including the Nintendo Switch and iOS.

In our research, these were the top ten most played games on Steam.

Steam is an online gaming platform owned by Valve, and it serves as the largest and most popular distribution platform for digital game sales, as well as software development and distribution. Its primary function is to allow users to purchase and download games from the store, as well as play multiplayer games online, using either of its two client applications. The platform’s user community is based entirely on peer-to-peer networking, with no central server hosting sessions.

If you want to know more about Top Most Played Games Right Now, check below. We have added 10 more most played games on Steam.

Dead by Daylight is an asymmetric multiplayer survival horror game that was released by Behaviour Interactive on June 14, 2016 for Microsoft Windows; for Xbox One and PlayStation 4 in June 2017; in September 2019 for Nintendo Switch; in April 2020 for Android and IOS. Players control survivors, who are trying to escape from the savage killer, known as the “survivor”.

The game was released on 7th July 2015. The game was developed and published by “Psyonix”. It is an online multiplayer video game. You can play it on Windows, Mac OS X, Linux, PlayStation 4, Xbox One, Nintendo Switch, and Google Stadia. It is a sequel to Supersonic Acrobatic Rocket-Powered Battle-Cars. As of 2018, over 40 million players had increased, later on, reached 50 million by September 2018.

PAYDAY 2 is a cooperative, 3D, Action, and Shooter video game. PAYDAY 2 was developed by Overkill Software and published by 505 Games, released on 13 August 2013. It is the sequel to the 2011 video game Payday: The Heist. The game is set to release for Microsoft Windows, Linux, Xbox 360, PlayStation 3, Xbox One, PlayStation 4, Nintendo Switch. The game has been an instant hit and sold more than 1.58 million copies in its first two weeks of release.

The Fall Guys: Ultimate Knockout game was first added to Steam on 4 August 2020. The developer is Mediatonic and the publishers are Devolver Digital, Epic Games. They have got 10 million sales on Steam as of November 2020. They have sold over 11 million copies by December 2020 that confirmed by the developer Mediatonic.

The game is considered a spiritual successor to Digital Extremes’ earlier title Dark Sector, from which Warframe’s combat mechanics and game style were largely inherited.

Sid Meier’s Civilization VI was released on 21 October 2016 for Microsoft Windows and macOS. The developer of this game is Firaxis Games and the publisher is 2K Games. The game sold more than 2 million copies worldwide on Steam for Windows by May 2007.

Terraria is a side-scrolling action-adventure game with RPG and crafting elements that utilize procedural generation to provide a unique experience every time. It was developed by Re-Logic and published by 505 Games. It was released on May 16th, 2011 on Steam and since then has sold over 12 million copies. At the end of 2020 sell increased to over 35 million together on PC, consoles, mobile platforms. 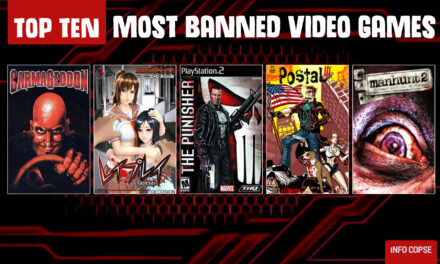 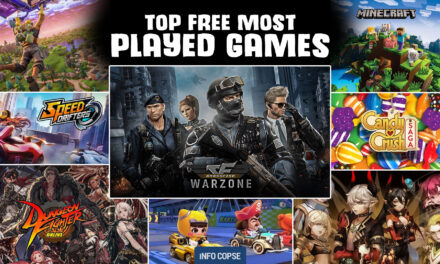