What day is Thanksgiving Day? 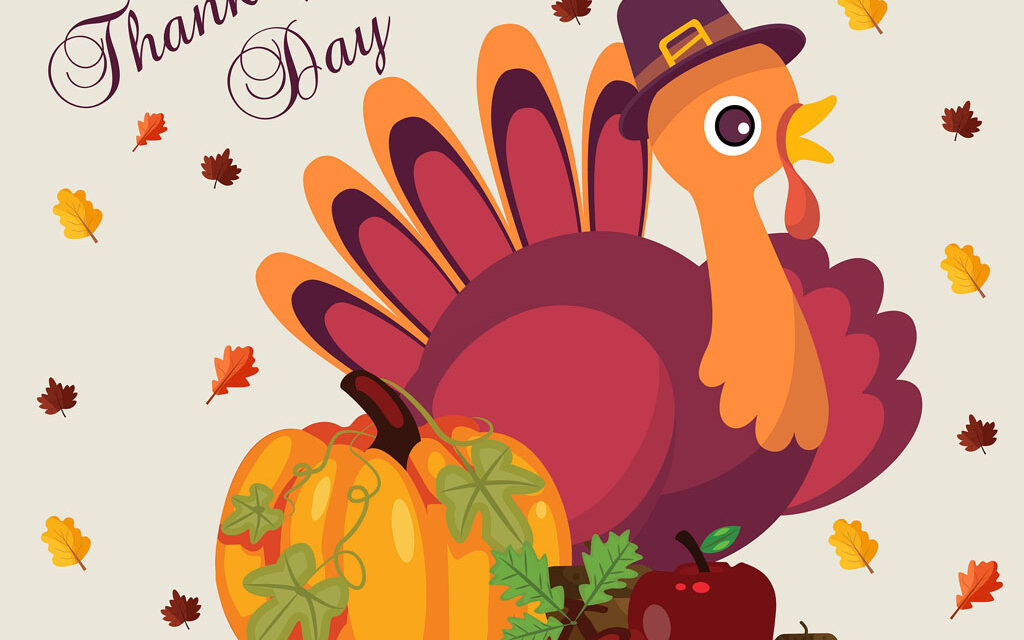 Thanksgiving is an annual holiday celebrated in Canada and in the US to thank the beneficent provider. Every fourth Thursday of November, Americans assemble for parades prayers, football games, and of course, feasting. This takes place not just in different places of the US but in other countries as well.

It is the eve of Thanksgiving Day. Whereas some choose to spend time with family, others join the countrymen in public for different activities of interest. Being a symbolic celebration, thanksgiving meal traditionally involves turkey, potatoes, bread stuffing, pumpkin pie, and cranberries.

This is probably attributed to its rich history and the general nature of the celebration. Everyone now celebrates Thanksgiving Day in the US and Canada, both believers and non-believers. However, the timelines for celebration vary for the US and Canada.

What day is Thanksgiving Day?

One of the historical celebrations in the US is Thanksgiving Day which is still celebrated to date. It was Abraham Lincoln who proclaimed the day in 1863 to give thanks to the beneficent father. Originally, it was purely celebrated as a harvest festival. However, thanksgiving as a celebration now serves two purposes: to thank the creator for the previous year and to appreciate the harvest.

Although Thanksgiving is a holiday worldly and widely recognized, the primary celebration usually takes place in the US and Canada. Thanksgiving is, therefore, the busiest holiday of the year, especially in the US. It has both secular and spiritual aspects. For this reason, Thanksgiving is a day set aside for people to the feast, ritually commemorate, celebrate and anticipate seasons and events.

It is a day that gives meaning to individuals, groups, communities, and the country at large. In this regard, political, religious, and socio-economic groups find it a day of great significance. Whichever the uniqueness of your affiliation and beliefs, it will find resonance in celebrating Thanksgiving Day.

When is Thanksgiving Day?

Need to know the exact day on which Thanksgiving Day will take place this year? It isn’t far from now. Only a matter of weeks away from this infamous occasion. We celebrate Thanksgiving Day on the Fourth Week of November. This year, Thursday, 25 November will be the day to give thanks to the creator in the US. For Canadians, the celebration takes place every second Monday of October.

One may ask the question, ‘Why is Thanksgiving Day always on the fourth Thursday of November?” The answer is rooted in the Pilgrims’ famous initial Thanksgiving, even though no one knows exactly when it was. As a matter of law, the day was moved to Thursday to distance it from Sabbath.

Is Thanksgiving Day a Public Holiday?

Being a public holiday, Thanksgiving is a day off for the population in general as well as schools. Most businesses are also closed on this day. Aside from being regarded as a feasting day in the country, how do you make the optimal use out of Thanksgiving Day? First of all, families recognize Thanksgiving Day as a time to give thanks for what they have. But the scope of this great day doesn’t end there.

Did you know that Thanksgiving Day has also been a prerequisite to the beginning of the Christmas festivities? On the other side of it, commotion intensifies in town, and transportation is one of the areas affected. Added to this, seasonal parades, football matches, and other activities often disrupt local traffic during thanksgiving celebrations.

Where is Thanksgiving Celebrated?

Thanksgiving is a national and cultural holiday celebrated not just in the US but also Canada and eight other countries. Important to note, the exact day of celebration varies across countries that observe the day. In the same way, names accorded to this celebration vary. However, it is a fact that the aim of the celebration is relatively similar. This is why the day is broadly recognized as Thanksgiving Day.

Cardinally, countries that observe Thanksgiving Day apart from the USA and Canada include Australia, Grenada, Liberia, Netherlands, Philippines, St. Lucia, and Judaism. Similarly, Japan, India, United Kingdom, and India hold similar holidays. Interestingly, the historical roots of Thanksgiving Day are somewhat similar across countries.  If you don’t believe it, let’s take a brief look at the history of Thanksgiving Day in the USA, UK, and Europe.

Thanksgiving Day History in the USA

The US thanksgiving history dates back to 1621 when the local natives joined the colonialists to hold a harvest feast. This is believed to have taken place in Plymouth (Massachusetts). Though not politically formal and official, the event remained well and alive. It was until 1861 when President Abraham Lincoln officially declared the celebration a national holiday for late November.

President Franklin Roosevelt later on in the 1930s attempted to move it a little earlier but his efforts later met widespread discontent. Eventually, the exact day for the celebration of Thanksgiving Day became the fourth Thursday of every November. In brief, therefore, the event of thanksgiving is not only social and cultural but also political.

Thanksgiving Day History in the UK

The Pilgrims first hosted their first Thanksgiving dinner feasting after having exited England. For this reason, Thanksgiving Day is not officially recognized as a celebration in the UK. However, Black Friday is a renowned public holiday in the UK and is celebrated with the same zest as in the US. To prove that the thanksgiving ceremony isn’t popular in the UK, even Black Friday only became famous less than a decade ago.

Typical European countries that celebrate Thanksgiving Day include Germany, Austria, and Switzerland. Unlike in the US where thanksgiving has a multidimensional connotation, it is purely a religious celebration in Europe. Its history dates back to 1972 when German Catholics recommended celebrating on the first Sunday of October annually.

Therefore, Thanksgiving Day in German-speaking countries is a celebration of the autumn harvest intended to give thanks to the provider. In other words, the celebration is termed in Europe as the “harvest thanksgiving festival”. Worth noting, the day of celebration is not strictly restricted to October. In some regions in Europe, the event comes in September.

Pilgrims who were the English colonialists are regarded as the pioneers of thanksgiving both as a cultural and religious function. However, the very initial thanksgiving was the period of prayer rather than a period of feasting.  The Pilgrims did not, therefore, intend to feast as a primary act of celebration. But feasting was a way of sophisticating the prayer session

In contemporary society, feasting all over has simply stemmed from what took place as a complementary activity. Did you know that the tracing of Thanksgiving Day to 1621 is not absolute? This is because of the widespread claims that the celebration first took place in El Paso city, Texas earlier in 1598. Further, this view holds that a similar event came in 1619 in the colony of Virginia.

In addition to thanking the beneficent father for the harvest, most Americans date the true thanksgiving to 1623. Accordingly, it was at this time that the Pilgrims gave thanks to the provider of rain which ended the prolonged drought. With this in mind, it becomes easier to understand how and why thanksgiving has become a tradition.

If you have been so familiar with thanksgiving over recent history, you understand the tradition of this celebration. Aside from its rich history, thanksgiving has become so popular as a result of its tradition. Of course, being a social, cultural and religious event, people from all walks of life come together for the celebration.

Not to forget, all the institutions observe this holiday as a day of duties and responsibilities. Most importantly, the most popular aspect of it is a thanksgiving meal. Chiefly, almost every single family in the US has a special meal on this day. The exact type of meal prepared varies across regions. However, the turkey has stably remained a common meal for this day.

It is therefore not uncommon to come across those referring to the day as Turkey Day. Feasting is also accompanied by a public event, be it a parade, a gathering, a church service. Indeed, any social event or gathering usually marks Thanksgiving Day.

Thanksgiving as a festival is historical. The event itself is conducted to give thanks to the beneficent father. This means that at least something has been provided before the celebration. In essence, other aspects of celebration are relatively minor to their meaning. Giving thanks for the provision of an ample harvest is what dominates churches.

The day is set for November after at least the whole country has harvested. This timing in adherence to the season makes it a popular festive season. As a festival, Thanksgiving Day is not purely a single-day or single-event affair. It goes beyond this in the sense that preparations begin earlier and the day is followed by black Friday.

Whoever your host for a thanksgiving day is, a gift is the greatest thing you can think of. You can too enrich your beloved one during the festival of thanksgiving. Here are some beautiful gift ideas for you. Surprisingly, you will fulfill your dream without necessarily digging so deep into your pocket. One of the commonest yet surprising gift ideas for you is a “thankful” wine gift tote. With it, simply dress up your standard wine bottle and the decoration is simply amazing.

Additionally, the “spread joy” stamped cheese spreader is great for your host particularly if you pair it with your best fancy cheese. Again, you have another chance to personalize your gift with the inscription “give thanks”. Other great gift ideas include a pumpkin pie bubble bath bar and personalized thanksgiving candles. For kids, gifts such as pumpkin emoji lollipops can work best. Essentially, it is all about your preferences and the preference of your gift recipient.

In summary, Thanksgiving is an annual holiday celebrated in Canada and the US, although some other countries also recognize it too. However, the exact days of celebration differ across countries. But for the US, the celebration comes on the fourth Thursday of November each year. It was Abraham Lincoln who proclaimed the day in 1863 to give thanks to the beneficent father. Now, as the holiday approaches, you need to prepare by acclimatizing with the US thanksgiving tradition. This way, you will be able to purchase gifts in advance to experience the day in its fullness. 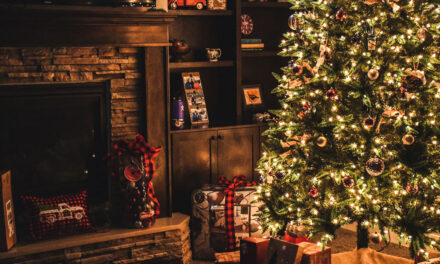 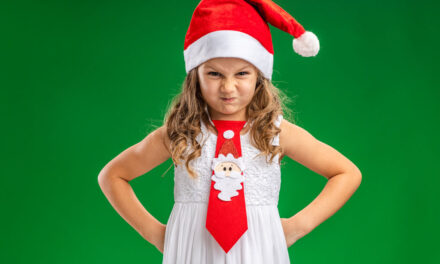 Avoid these 12 Common Holiday Mistakes that You Might be Making 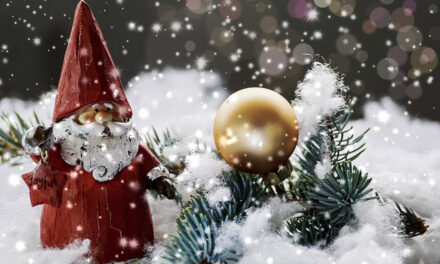 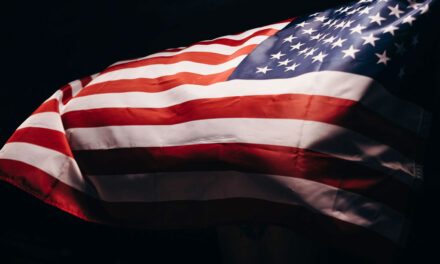 What is Veterans Day and Why do We Celebrate It?